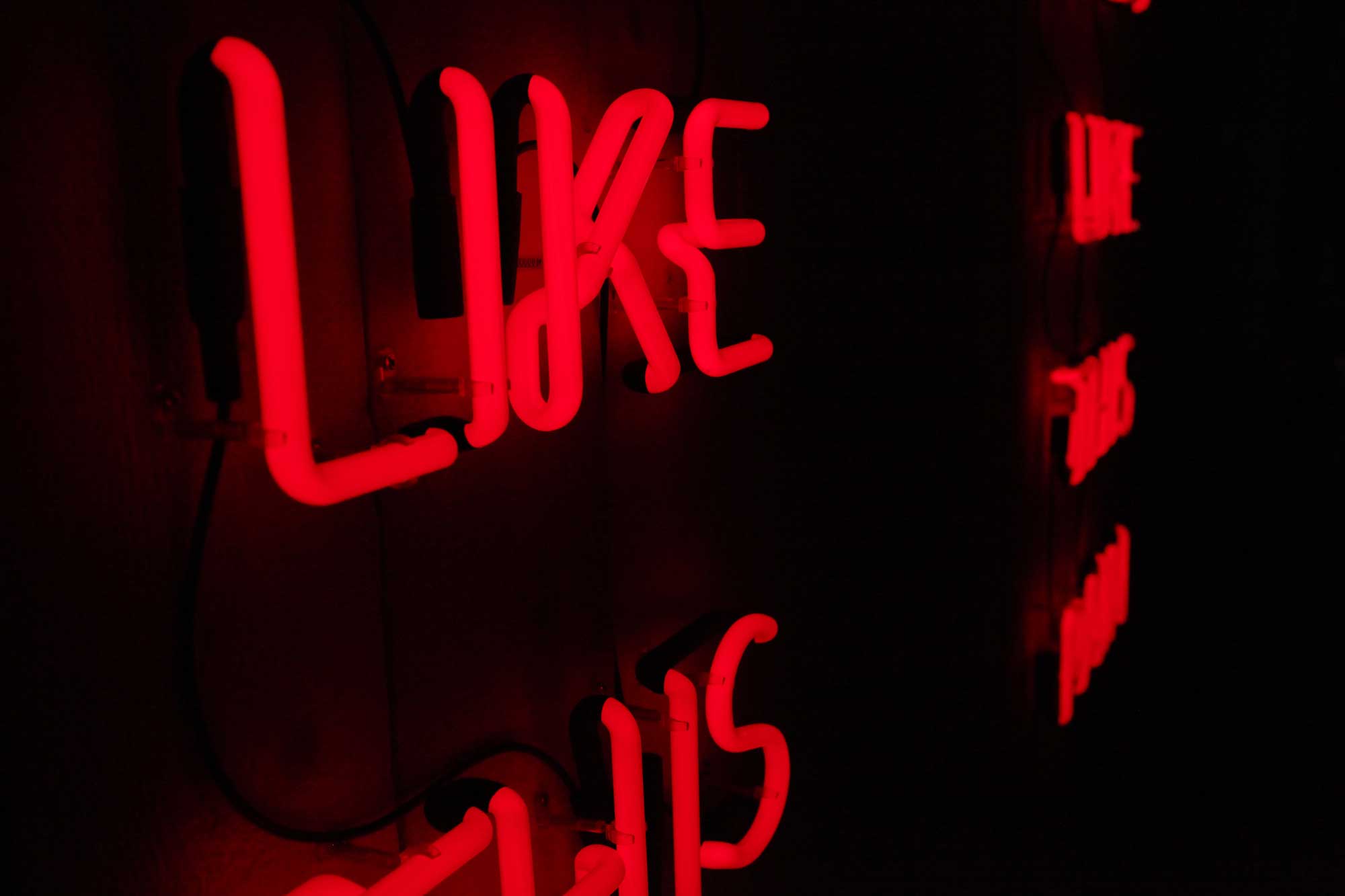 The Panel of Jurors

Florentina Colayco  is a full professor at the College of Fine Arts of the University of the Philippines (UP), where she served as the Dean from October 2006 to September 2012.  She teaches undergraduate and graduate courses in art history and design which draws from scholarly research as well as from her broad professional experience in the fields of curatorial work (such as the Venice Open 2002 and various other exhibitions), book design, publishing, and museum management.

In the field of design and publishing, she founded ArtPostAsia Books. She is the  founding director of ArtPostAsia Books which has been producing award winning illustrated publications for the last 15 years.

She is currently the President of the Metropolitan Museum of Manila and is involved in the contemporary art direction and programing of the museum.  Some of her awards include the Chevalier de l’Ordre des Arts et des Lettres from the French Government, UP Artist 1, and a UP Centennial Professorial Chair.

Prof. Felipe M. de Leon, Jr.
Chairman of the National Commission for Culture and the Arts

Chairman de Leon received a B.A. in Humanities from the University of the Philippines (UP) Diliman. His graduate studies were Fine Arts (UP College of Fine Arts, 1973-74), Composition and Music Theory (UP College of Music, 1974-75), Musicological Studies (Madras Music Academy in India, 1976-77), and Philippine Studies (UP College of Arts and Letters, 1989-91). He is the current Chairman of the NCCA and the Head of the NCCA’s Committee on Intangible Heritage and National Committee on Music and Commissioner of the Sub-Commission on the Arts.

He was the former chairman of the humanities department of UP Diliman. During his term as the Department Chair, the Department made a major shift from a Eurocentric to a World Art approach, with emphasis on Southeast Asian and Philippine arts. As Commissioner of the National Commission for Culture and Arts, he delivered a series of lectures on Philippine culture entitled “Philippine Development: A Cultural Perspective” at the Center for Pacific Asian Studies, Stockholm University on May 2, 2006; “Approaches to Understanding Philippine Culture” at the Philippine Embassy on May 3, 2006; and “Management by Culture” in Copenhagen, Denmark on May 4, 2006.

He specializes in the humanities, aesthetics, music theory, Philippine arts and culture, Language and Social Transformation, Semiotics, Mythology and Institutional Dynamics, and Accompanying People’s Movements. He is active in promoting and preserving Philippine indigenous musical forms, such as musikong bumbong. In 2003, he was project director of the First National Bamboo Music Festival.

Junyee was at the forefront of the first wave of contemporary Filipino artists in the early 70’s when he pioneered Installation Art in the country and probably in Southeast Asia with a groundbreaking first one-man show of outdoor installation in the country in the University of the Philippines (UP) Diliman campus in 1970 followed in 1976 by a much bigger second one-man show of outdoor installation in Luneta Park.  He’s been doing installation for 46 years now out of his 51 years as full time artist.  He also pioneered outdoor installation festival in the country and in the use of indigenous materials in contemporary art making and he is the only contemporary bamboo artist in Southeast Asia today.  He is the most awarded artist of his generation specially in the field of modern sculpture.  He is the only Filipino artist that won art competitions in 5 decades starting in 1960 down to the 70’s, 80’s, 90’s and the last one in 2007 when he won the Grand Award to design and execute a monument for the Israel Holocaust Memorial Park called “Open Doors”.

Among his pioneering works is the first Artist Village in the country in Baler, Aurora, his first sculpture garden in the country at UPLB campus and his being the founding curator of the First Art Gallery in the whole UP system that he established in 1985.  He represented the country in many prestigious foreign art festival and serves as art juror for many national art competitions like the Metrobank, Ateneo Art Award, Shell, GSIS, Art Association of the Philippines among others.  At 74, he is still very active doing varied art project like public arts first permanent outdoor installation, monuments, murals, gardens and spent a lot of time teaching elementary art teachers to use indigenous materials to teach art making to elementary pupils instead of using crayons and water colors for many years now.  For his many pioneering works and awards, he received a lot of honors including the CCP 13 Artists Award, the Araw ng Maynila highest cultural award and the Patnubay ng Sining at Karilangan Award, the UP College of Fine Art alumnus, the University of the Philippines Alumni Association (UPAA) 2013 Distinguished Alumni Award for Culture and Arts, the 2010 Garbo Bisaya Award, the UP Artist-in-Residence Award, the most Outstanding Citizen of Los Baños Award among others.

Senator Loren Legarda is a three-term senator who is best known for her advocacies on sustainable development, climate change adaptation, and cultural preservation.

She is the Chairperson of the Committees on Finance and Climate Change. She is also the United Nations Global Champion for Resilience.

Senator Legarda has taken various initiatives to promote culture and address the concerns of indigenous communities. She has supported Schools of Living Traditions, sponsored the documentation of indigenous knowledge and traditional practices, and organized regional assemblies and the first national indigenous cultural summit that served as avenues for dialogues between the IPs and the various sectors of society.

She has been engaged in efforts to revive the age-old tradition of weaving, creating the Hibla gallery, the Philippines’ first permanent textile gallery; leading the launch of the Hibla Pavilion of Textiles and Weaves of the Philippines, which displayed different weaving traditions; and supporting the National Museum’s Lecture Series on Philippine Traditional Textiles and Indigenous Knowledge. She is also the patron of the Baybayin Gallery, the country’s permanent ancient scripts gallery.

At her own initiative, Senator Legarda has spearheaded an information and education campaign on climate change. She produced films that seek to explain the science of climate change, its impact on our everyday lives and how Filipinos can avert and adapt to the changing climate. She was the visionary behind the film Taklub, directed by Brillante Mendoza, which earned a special commendation from the Ecumenical Jury at the 68th Cannes International Film Festival.

As she is known to champion the cause of IPs, Senator Legarda is equally passionate about contemporary art, growing up in an environment immersed in arts and culture, with her late mother being an avid art collector. It is interesting to note that Senator Legarda’s college thesis was a content analysis of National Artist Vicente Manansala’s works in the martial law era. As the visionary behind the Philippines’ return to the Biennale Arte in 2015 and first participation in the Biennale Architettura in 2016, Senator Legarda also formed part of the panel of jurors that deliberated on the proposals for the Philippine Pavilion.

Senator Legarda has received numerous local and international awards. She is a United Nations Environment Programme (UNEP) laureate and a UN Hero of Resilience. In 2000, she was named by the World Economic Forum in Davos as one of the Global Leaders for Tomorrow. The French Government bestowed upon her the title of Knight in the French National Order of the Legion of Honor for her initiatives on climate action and heritage promotion.

In 2013, the University of the Philippines (UP) recognized her as its Distinguished Alumna for Environmental Protection and Climate Change Adaptation.

She is the only Senator who is both an awardee of the Ten Outstanding Young Men (TOYM) and The Outstanding Women in the Nation’s Service (TOWNS).

She is a recipient of the Benigno Aquino Award for Journalism among over 30 awards when she was a practising journalist for 20 years before entering politics.

Dr. Eugene Tan is currently the Director of National Gallery Singapore, a role which he will continue while being Director of SAM. Under his leadership at the Gallery, he led an ambitious exhibitions programme. He spearheaded successful partnerships with international museums such as Tate, Centre Pompidou, National Museum of Modern and Contemporary Art, Korea (MMCA), National Museum of Modern Art, Tokyo (MOMAT), to organise major exhibitions, including Latiff Mohidin: Pago Pago (1960-1969) which toured to Centre Pompidou, Paris, and Ilham Gallery, Kuala Lumpur as well as Awakenings: Art in Society in Asia, 1960s–1990s which showed at MMCA and MOMAT.

An accomplished curator, Dr. Tan curated important exhibitions that highlighted the perspective of Southeast Asia in global art history such as Reframing Modernism: Painting from Southeast Asia, Europe and Beyond and Minimalism: Space. Light. Object. His exhibitions programme also raised awareness of artistic forerunners and movements to our publics like YAYOI KUSAMA: Life is the Heart of a Rainbow and Century of Light, which placed Southeast Asian masters Raden Saleh and Juan Luna alongside Impressionist masterpieces from the Musée d’Orsay. He is on the Board of CIMAM (International Committee of Museums and Collections of Modern Art), Museum of Contemporary Art in Antwerp (MuHKA) and Mori Art Museum’s International Advisory Committee.