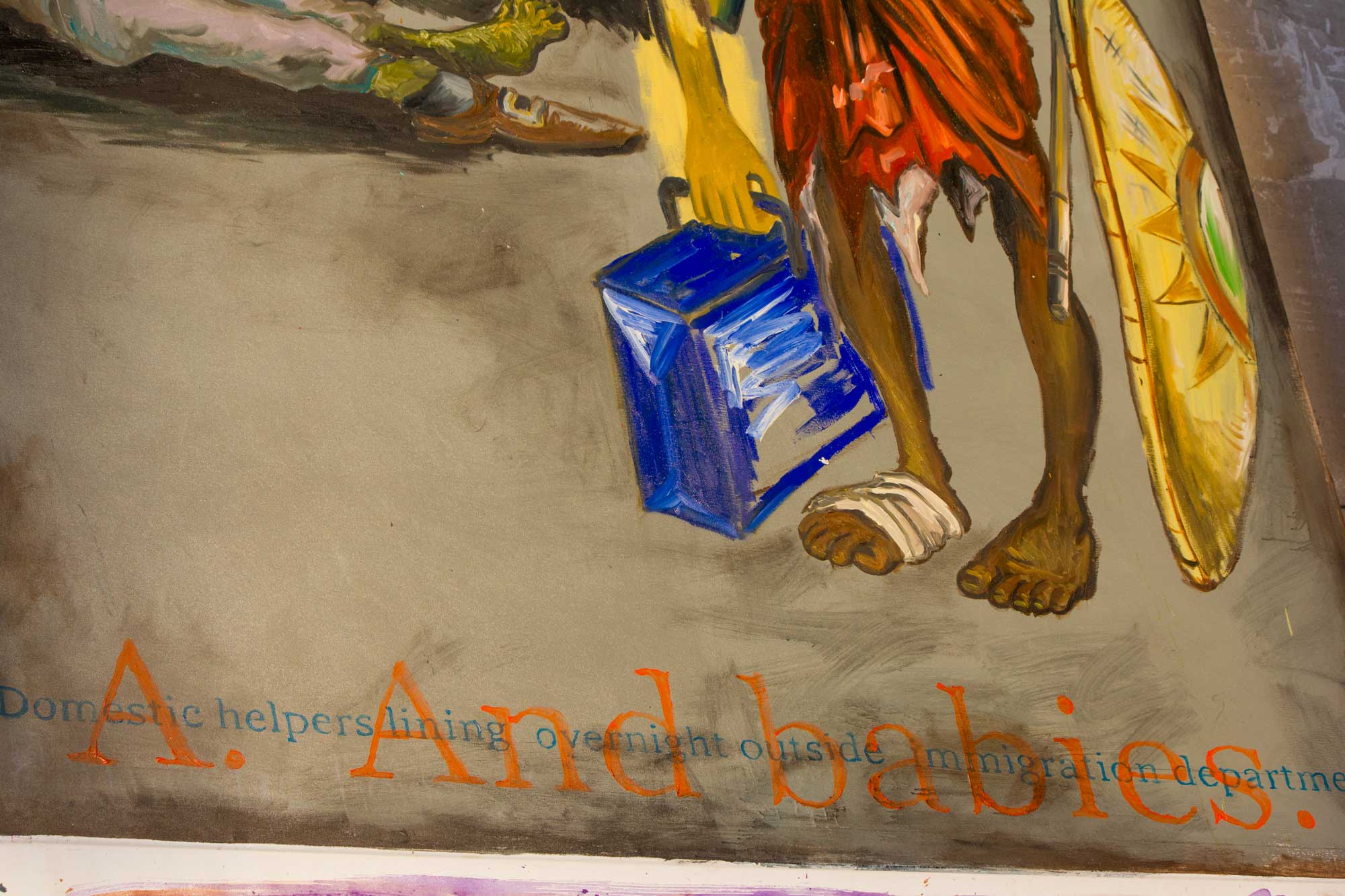 The Pavilion of the Philippines at the 57th International Art Exhibition – La Biennale di Venezia presents The Spectre of Comparison.

Joselina Cruz, the curator, brings together two artists, Lani Maestro and Manuel Ocampo, for the 2017 Philippine Pavilion, which will be mounted in the Artiglieri of the Arsenale in Venice Italy.

Drawn from Jose Rizal’s Noli Me Tangere is the phrase el demonio de las comparaciones (also translated to ‘the spectre of comparisons’)—the impulse for the exhibition and the framework for the practices of Maestro and Ocampo.

“The phrase encapsulates the experience of Rizal’s protagonist, Crisostomo Ibarra, when he gazes out at the botanical gardens of Manila and simultaneously sees the gardens of Europe. This point of realization suggests the loss of Ibarra’s (and Rizal’s) political innocence, this double-vision of experiencing events up close and from afar: no longer able to see the Philippines without seeing Europe nor gaze at Europe without seeing the Philippines,” Cruz explained.

With this as spectral pivot, Maestro’s and Ocampo’s practices, aesthetically worlds apart from each other and produced through a multiplicity of contexts, are brought together in Venice.

Both artists have lived and practiced outside of the Philippines, but have maintained active engagement with the country throughout their careers. Their practice and their subject matters are deeply involved with their experiences as immigrants or citizens of a new diaspora that also reflect the complexity of a contemporary Philippine identity.

“The exhibition looks at their practices as emblematic of the experience of Rizal’s spectre of comparisons, the juxtaposition of their works, the manifestation of political and social commentary from afar, as they saw the events of the Philippines and their adopted countries ‘through an inverted telescope’,” said Cruz.

Maestro’s practice moves fluidly through various forms of artistic engagements and installation incorporating a variety of media such as sound, film, text and photographs. Prompted by concerns that simultaneously call attention to and displace her materials and subject matter, her practice produces a shifting ground that makes it difficult to place Maestro as simply politically inclined.

Ocampo’s practice on the other hand, developed and matured in the United States in the early 80s. A painter by trade, he has been decidedly critical of systems across contemporary culture. Most glaring are his figurative works which in no uncertain terms critique power structures that exist in the Philippines, and across other contemporary systems.

Rizal’s experience and understanding of Europe and the connections he continually made as he flipped back and forth between the contexts of home and the foreign crystallized the double-consciousness of a colonial émigré of the 19th century.

The Spectre of Comparison, the exhibition, accords this global gaze to Ocampo and Maestro, not just as the simple in-between location or a knowledge of two (or several) worlds, but as a more complex imagining of the local and global as each artist re-define political resistance within their experience of shifting localities throughout their artistic careers. Woven within this twinning of practices is the space of the spectre of comparison that haunts the imagery and making of nationalisms fraught with colonial and imperialist pasts.

The Philippine Pavilion, a joint project of the National Commission for Culture and the Arts (NCCA), the Department of Foreign Affairs (DFA) and the Office of Senator Loren Legarda, will hold its vernissage on May 11, 2017. The Commissioner for the Philippine Pavilion is NCCA Chairperson Virgilio S. Almario.